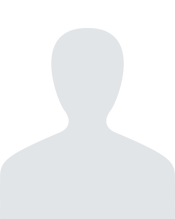 If you made any changes in Pure these will be visible here soon.

Lemij went to various primary schools in several countries, since his parents worked with an international oil company. His secondary school was the Rijnlands Lyceum in Wassenaar, The Netherlands.

1989 - 1993                 Residency in ophthalmology at the Rotterdam Eye Hospital, Rot­terdam, The Netherlands. The head of the residency program­me was G.S. Baarsma, MD. Dur­ing the residency, Lemij be­came increas­ing­ly inter­ested in glaucoma.

1993 - date                  Lemij joined the faculty of The Rotterdam Eye Hospital as a glaucoma specialist and as an anterior segment surgeon. He was the Scientific Director of the Rotterdam Eye Hospital till 2009. He served on the Rotterdam Eye Hospital’s Science Committee. This committee was renamed into the Institutional Review Board after a merger with the hospital’s Medical Ethics Committee in January 2004. Lemij’s own research activities initially focussed on the oculomotor system, but more recently on glaucoma. In glaucoma, most early research was into scanning laser polarimetry, a technique that determines in vivo the thickness of the retinal nerve fiber layer, a thin tissue that is affected in glaucoma. Lately, several other imaging technologies used in glaucoma have been added to his research activities. He has also developed an interest in shared glaucoma care, i.e., delegating clinical tasks to other eye care professionals, optometrists and technicians, both within and outside the hospital setting. In 2004, he extended his research activities to genetic epidemiology of glaucoma. In addi­tion, Lemij regularly ­gives courses in glaucoma and perimetry to oph­thal­mologists, residents and ophthal­mic technicians throughout The Netherlands and abroad. The clinical use of structural imaging (stereoscopic fundus photography, scanning laser polarimetry and optical coherence tomography) are other topics of his regular courses.  He established and chaired the Dutch Humphrey Perimeter Users Society; this society changed its name in 2008 to the Stichting Anatomy and Function of the Eye (SAFE), in order to also pay attention to imaging technologies in the management of glaucoma. Lemij is the president of SAFE. He also chairs the Dutch Glaucoma Group (a group of glaucoma specialists and ophthalmologists with a special interest in glaucoma in the Netherlands). He established the Imaging Morphometry Association for Glaucoma in Europe (IMAGE) in 2002. He helped establish the Glaucoma Genetic Epidemiology Network in Europe (GlaucoGENE) in 2004. From 2006 till 2010, he was a visiting Professor at the Catholic University of Leuven, Belgium.

1998 – 2004                Lemij chaired the Medical Ethics Committee of The Rotterdam Eye Hospital. As mentioned earlier, this committee changed into the Institutional Review Board in January 2004.

2009                            Lemij became vice-chair and secretary of the medical faculty of the Rotterdam Eye Hospital. He also joined the advisory board of Health Base, the publisher of “Commentaren Medicatiebewaking”, a reference manual for Dutch pharmacists.

2015 through 2019      Lemij served as a Medical Director of the Rotterdam Eye Hospital. In addition, he continued seeing and operating on glaucoma and cataract patients.

If you made any changes in Pure these will be visible here soon.